Fire in the hills 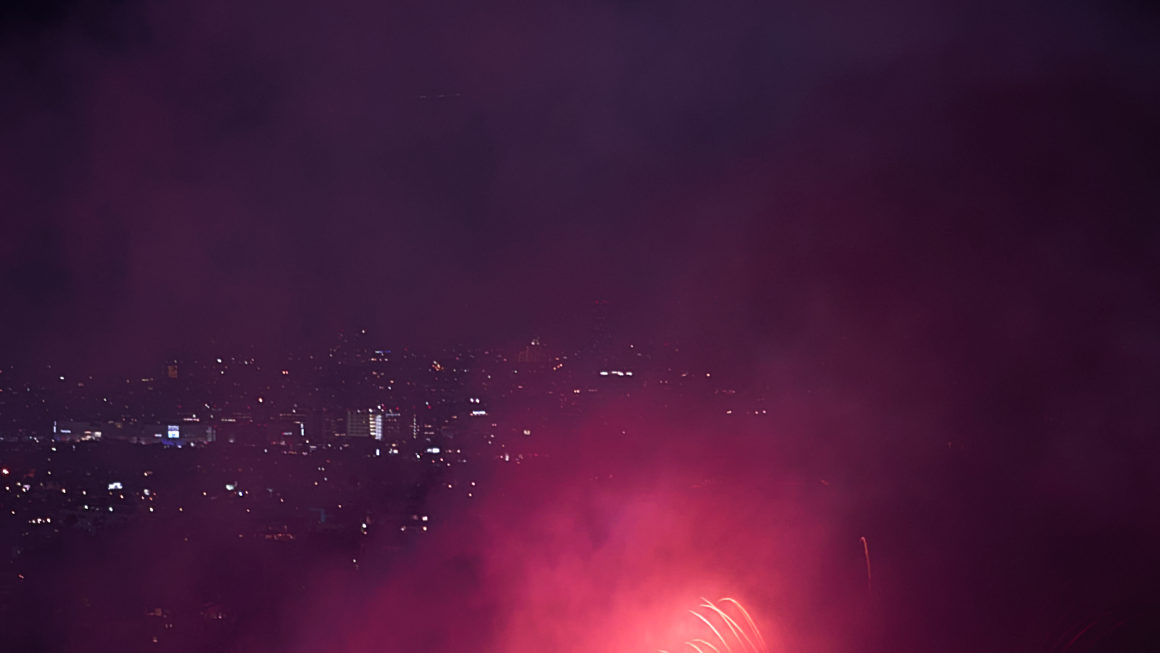 Although we’ve had the opportunity to watch the July 4th fireworks from our own property for many years now, we have only made the trek up the hiking trail once before. Armed with a better camera I wanted to try again.

So, about thirty minutes before the start of the show/s we hiked up the hill to the peak overlooking Ford Theater (and the rest of LA). By the time we arrived there were about thirty other people already there with chairs and blankets. Getting space for photography was an issue, but I did what I could with what I had.

The interesting thing about this vantage point is that there are fireworks literally in every direction.

However, immediately to the west is the Hollywood Bowl, which puts on its own fireworks show for concertgoers for three days in a row. This year the wind blew the smoke from the bowl in our direction, which somewhat hampered the efforts.

After the public displays quieted down, hundreds of private residences still lit their own illegal fireworks. Including folks at the gates to the Hollywood Reservoir to the east. These fireworks went off at eye level with us and only about a hundred feet away.

The best thing about this spot (other than it being totally free and far less crowded than any other July 4th fireworks spot I’ve been to in my entire life) is that you feel like you’re getting a “god view” of LA’s shows. The only thing I’ve ever seen that looks remotely like it is the LA exterior flyby shots in the Blade Runner intro. Ironically set in 2019.