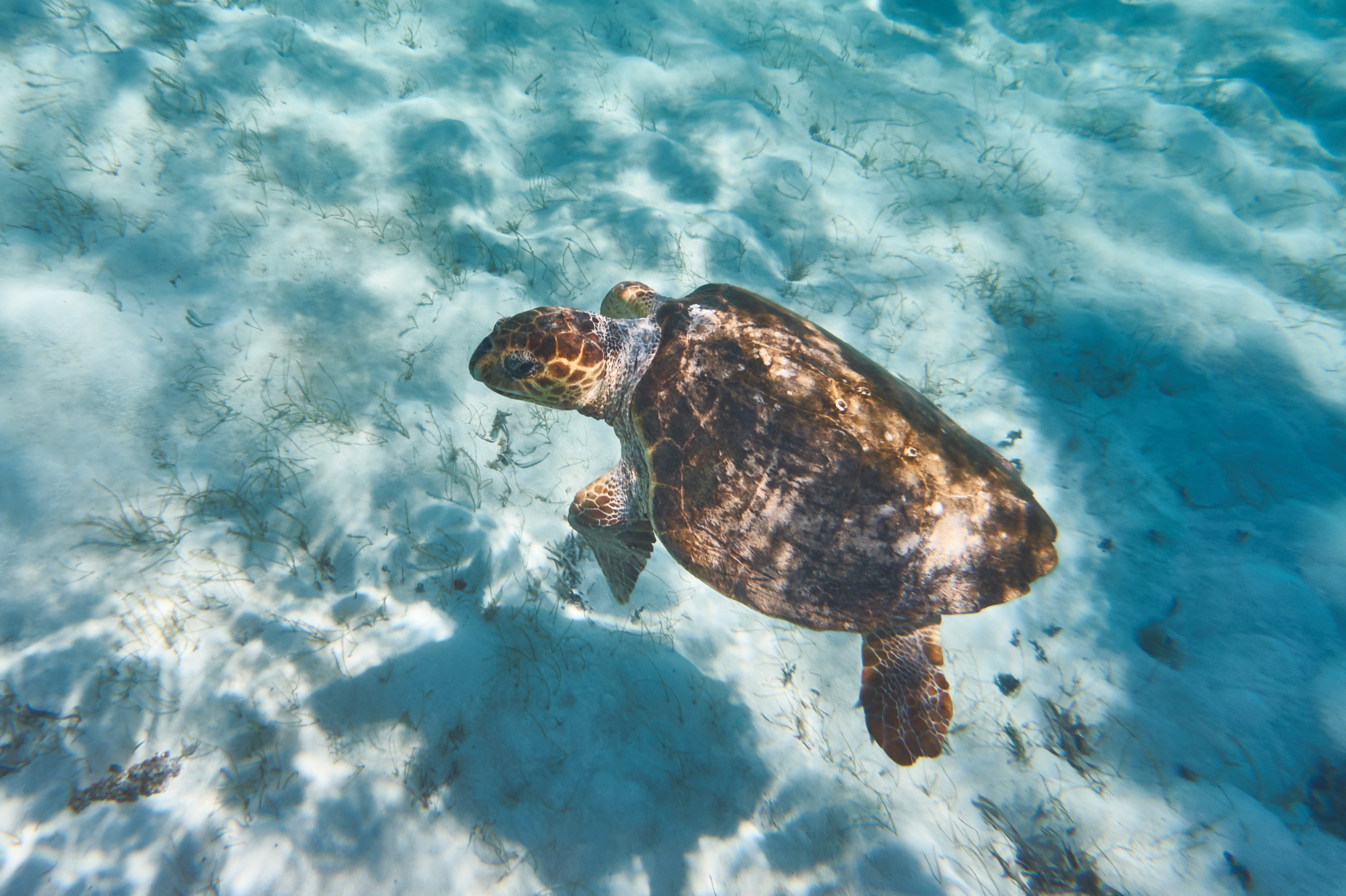 AKA “You better Belize it,” and “Conch Frittahs!”

Early Saturday morning I was off to the Miami airport to meet Sam for our flight to Belize City where we’d take an island hopper to Placencia.

After checking in at Placencia we walked up the street for groceries. Returning to our room around 3pm, Sam collapsed to catch up on sleep because she’d taken the Friday night red-eye from LAX to meet me in Miami.

After her nap, we made a loop around the southern tip of the peninsula, noting the dolphins playing near shore, and had dinner at Dawn’s Grill, where we discovered that despite looking like Loreto, we would not be paying Loreto prices on this trip.

With a whale shark tour scheduled for the next morning, we decided to try and sleep early. The live music (think reggae versions of CCR classics) played at the outdoor bar twenty feet from our heads until midnight made that difficult.

So we got as much sleep as we could before heading to the whale shark tour office just up the road from our hotel the next morning. We came to Belize to see the whale sharks. It’s the only reason (sorry Belize lovers) we ever thought of coming to the country. This was our longtime goal: to swim alongside the biggest fish in the sea.

(Get out your Ron Howard narrator voice again)

No whale sharks showed up. Not that morning, not that afternoon. Not the next day’s tour, or the following afternoon. Four trips to the spot on the exact days, times, and month when the elusive animals are supposed to float up from the depths and delight us. But we didn’t encounter any whale sharks. Emphasis on the whale part.

We saw nothing but a school of common fish on the first day’s morning snorkel.

After lunch, we swam with a turtle at one of the reefs.

Then we returned to the whale shark area. After 40 minutes of nothing, at the end of our time (because the government watches you) we started to hear the high pitched squeaks and tics of dolphins. A few minutes later, a small pod arrived and swam around our group. That checked off a bucket list item right there (swimming with wild dolphins in the open ocean), but the mammals weren’t alone.

That pointy snout to the right is a bull shark maw. The shark that Wikipedia describes as the most aggressive to humans, even over Mako and Great Whites. We were essentially floating flesh bags just a few feet from this monster that is so voracious they’re known to regularly feed on their own kind. He kept following the dolphins (because the dolphins were diving down and catching fish) and swimming by us, appearing out of the blue ten feet below and disappearing again.

A few minutes later, as the group was getting back on the boat, Sam and I found ourselves alone in the water with two lemon sharks. One made a bee-line for Sam, she wisely spread her limbs out to look bigger, then it swerved and headed right at me!

Keep in mind at this point we didn’t know that lemon sharks are much less aggressive than bull sharks, or even that the other was a bull. Unless it’s thirty feet long and spotted, it’s a “shark,” you should worry about, right?

Okay okay, so we swim with leopard sharks in California and those aren’t dangerous either. But those guys aren’t ten feet long!

After we got back to land we did another lap around the tip of the island and went for an early dinner.

With no tours planned, Monday saw us do several unsuccessful loops around the neighborhood looking for food and things to do.

We had scheduled two whale shark tours in case the first was a bust. We had high hopes for the second tour on Tuesday. Unfortunately, the only fish we saw out there was a curious remora.

To put the icing on the cake our boat broke down on the way back.

However, we did find one bright spot – Mr. Q’s BBQ. A literal shack on the side of the road, but made some great fried chicken. You’re already familiar with Mr. Q’s, you saw it in the picture of the empty building above. So we found a great place to eat in time for our last meal.