On Friday we made what might be our last migration of the season to La Jolla. The traffic slowed down a few times on the way down but still seemed quicker than any other year. The beach was an echo of the crowd from a month ago, no problem social distancing this time. I don’t believe we’ve ever come down this late in the shark season before; usually, around this time we’re making a last stab at Shaw’s Cove before putting an end to it until the next summer. This time around we probably won’t make it to Shaw’s at all.

But that’s okay – there’s more to see the further south you can stand to drive. This snorkeling thing is very much a risk/reward calculation – how much traffic can you stand to possibly swim with sharks?

I knew the ocean would be colder than a month ago. But I also knew it would be calmer. The wave energy rating was around 80 (anything under 100 can make for clear water, especially if the temperature drops a bit).

As expected, visibility was nearly perfect, it was almost like having superpowers (compared to the last visit, anyway). A good thing, too, since it was high tide and the bottom was further from my eyes. However, the other snorkelers were quick to claim “it’s great, but there’s nothing out there.”

I hoped they were wrong. On my way over to the reef (is it a reef, technically?) I glided high over the subtle ridges of the sandy seafloor. Noting not even a single ray looked back. Maybe those folks were right.

Of course, as every photographer knows, the rule is: as soon as you give up and/or turn your camera off is when the good stuff happens. I spotted what I at first dismissed as another California Spiny Lobster, which were numerous in a few previous visits. But, as I floated closer. I realized this was a new creature (to me).

After getting back home I had to look this guy up. The pictures don’t really give you a sense of scale, but he was about the size of a king crab but with shorter back legs. Turns out this is a southern kelp crab, normally seen only as far north as Santa Barbara, but mostly seen in Mexico.

That was a good sign, but after I left Mr. Crab behind to swim for the reef I was alone the rest of the way. Nothing else walked over the velvet flattened dunes.

I spent a good half hour exploring the reef. I recognized certain rock formations and discovered many new ones, dipping down to see if I could catch an octopus on the prowl or a sea hare loafing around. I went close to the seawall and farther into the ocean than ever before (because I could still see all the way down). Nothing but ordinary fish.

Until I began to swim back north. Then I saw a fish that Sam saw before me many years ago and I had to stay jealous for a year or two.

Unfortunately, this thing was buried in the sand about twenty feet (water’s light refraction makes judging distances difficult) below the waves. This made it nearly impossible for me to swim down and snap any pictures, fighting against the buoyancy of my wetsuit.

I couldn’t figure out what it was until I was able to put my 2-second video of it swimming away on slow-mo. I had thought it was a thornback ray, but it turns out it was a shovelnose guitarfish.

Okay, that’s cool, but what I haven’t told you yet is that I didn’t sleep well the night before this, and I was already starting to shiver a bit from the cold. I decided to swim quickly north to exit the water and get a bit to eat while warming up.

On the way there I got closer to the shore, preparing to stand and….

And the longer I waited in the same spot, the more of them would come. And if I stayed still, they’d swim right under me. At one point I found myself in a circle of 7 or more feeding leopard sharks. But they’d always move along after a few minutes and I’d have to swim north or south to find them again. This game would continue all day until the dim October sun started to fade and the cool water started to chatter my teeth. This was always in only a few feet of water (I could have just stood there with my feet in the sand if I wanted), and at one point they were just in front of where our beach tent was – which is farther north than I’d ever seen one (let alone many) before.

I’m starting to wonder if the reason we’d miss them some years is that the wave energy was too strong and we just couldn’t be this close to shore without getting rolled in the waves – but they were there the whole time. In those visits in the past when I’d moan about not seeing any sharks, Sam would always mention children saying they saw them as they waded into the surf. So instead of being a big baby and complaining, I should have listened to those kids and looked where they looked. It only took seven years of visiting this place to figure it out.

Unfortunately, our traffic luck for these trips appears to have run out. We ran into no fewer than three different accidents on the 120-mile drive home, stretching the 2 hour (on a COVID day) trip into a 3-hour slog (similar to the Before Times).

Oh, weirdly, I didn’t see a single ray this entire trip. Do they all migrate north to Shaw’s after September? 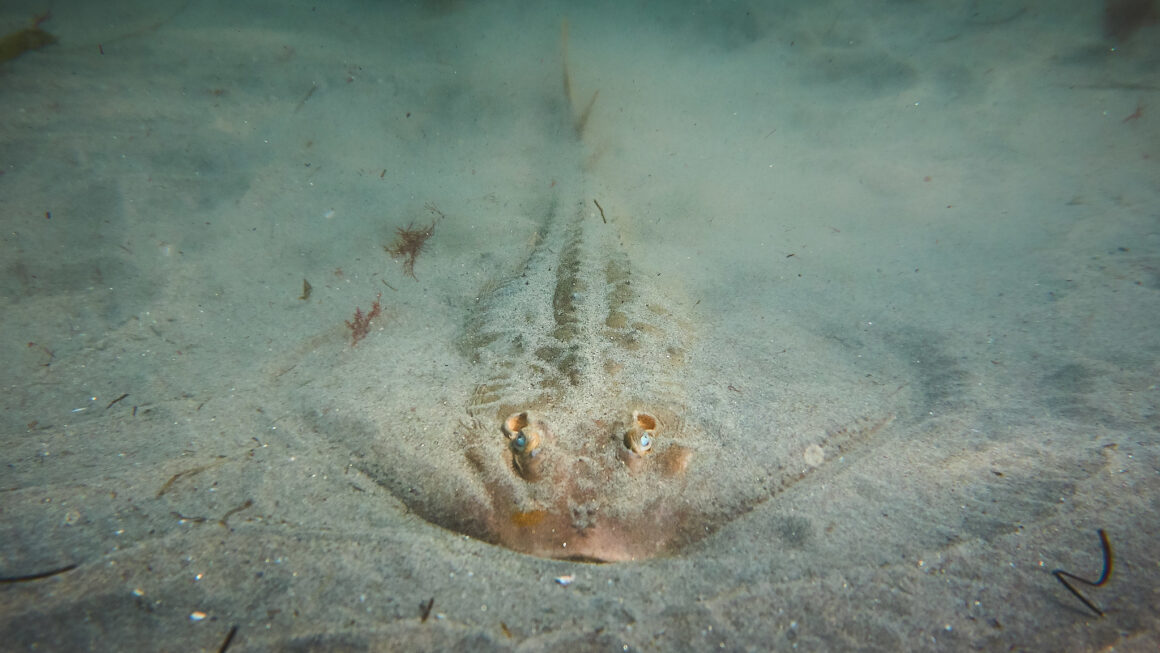 Two weeks ago we drove down to La Jolla Shores and back on a Friday. On September 4th, another Friday, we’d planned on going to Catalina Island for the first time. We figured it would work better during a pandemic because nobody would be interested in going there. Most of the restaurants would be closed, […]