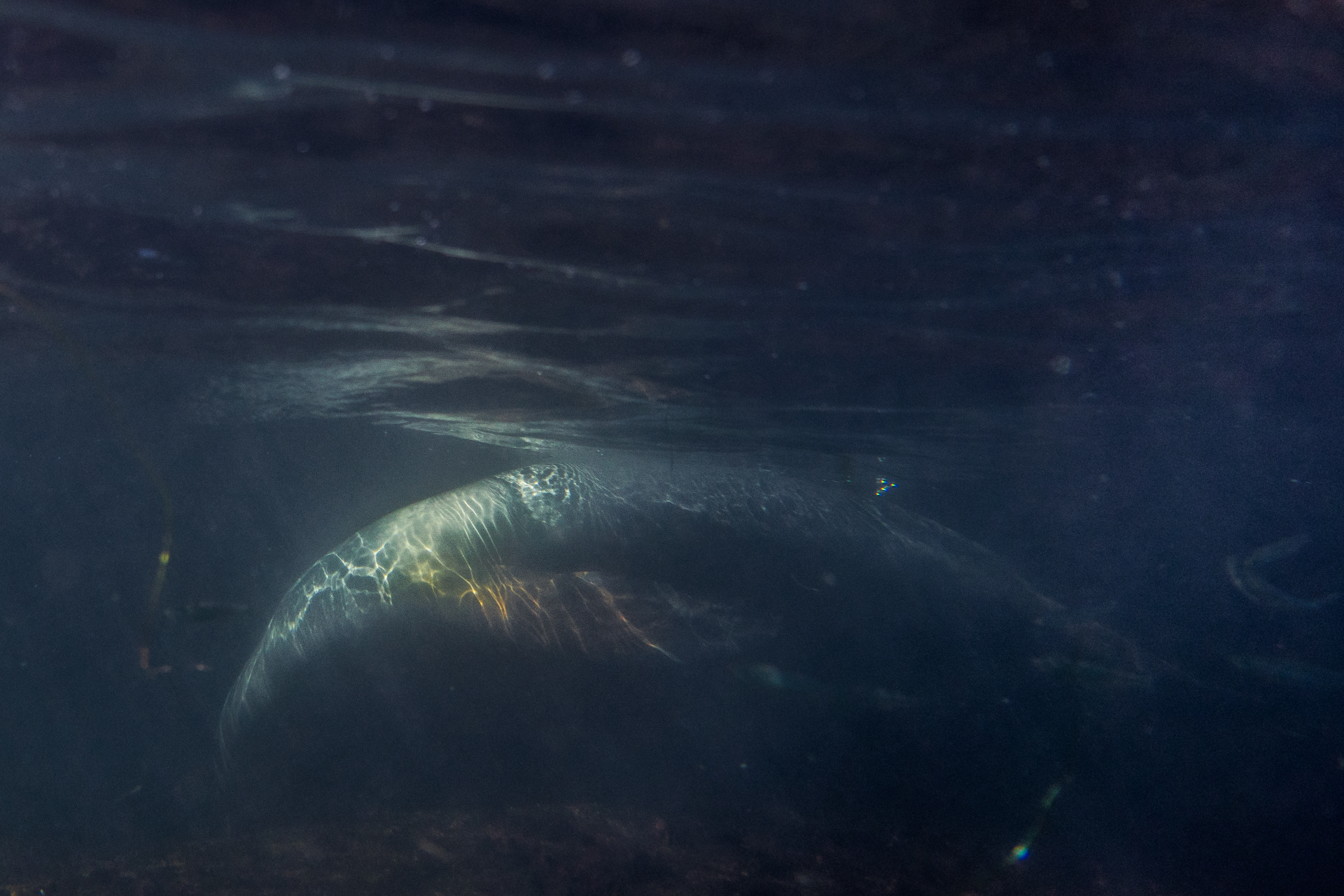 This year we thought we’d be clever and use the long labor day weekend for our annual trip to La Jolla. Our cleverness rewarded us with a drive of over four hours to get down there and a less than favorable parking situation, not hitting the water till after 2pm.

Our friends that followed us arrived even later, as the sun was starting to dip back past the cliffs and the water of the cove became murky.

However, no matter when we’d have arrived it wouldn’t have solved the even larger problem: the people! Sitting at the cove reminded me of this:

It wasn’t that bad, but not far off. And the Cove is a tiny beach. Getting in the water at one of the safest snorkeling spots on the west coast turned dangerous because so many people (especially vulnerable children) were out there flopping their feet against the rocks.

Even worse, the traffic jam prevented the sea lions from even attempting to cross the cove as they normally would. In years past they’ve always playfully approached snorkelers while transversing the cove to take a spot on the cliffs on either side. On this occasion they all stayed on the rocks (away from where dry-clothed humans could reach) to the west end of the cove.

However, after approaching those rocks I was still able to observe them up close for a while.

Until one opened its large jaws and play-bit at my head.

After we emerged from the cove we went to dinner and then gelato. Sam met up with a friend and went back to LA separately as she had to teach the next morning.

The next morning I started to wonder if she hadn’t made the better choice, as the clouds were heavy and dark in the morning sky. The waves at La Jolla Shores, however, were minuscule and even in the low light provided fantastic visibility far from shore.  Although I have to admit at first I thought the opposite as I encountered only bare sand for the first forty minutes. Then found piles of rocks. Complete with a few lobster.

I’d seen one lobster at La Jolla Shores many years ago and considered myself lucky, as the internet told me they were nocturnal and usually hide during the day. On Sunday, though, they were everywhere. Or maybe with the low tide and low waves I could just finally see them. I caught them walking across the sand. I caught them hiding under sunken steel beams, old ship chains, rocks, you name it. A cluster of forty California lobsters isn’t necessarily a welcome sight though, all huddled together with their ten legs apiece wiggling they looked like a creature from The Thing.

I also saw two crabs, maybe an octopus (they’re good at hiding, so as soon as I saw those two round eyes they’d disappear), a baby leopard shark and…for a while, none of its older peers.

Every now and then I’d see a dark whisper of an adult leopard shark, that characteristic triangular tail swaying twenty feet away. When I tried to give chase they’d always elude me with ease (this would be about as stupid as trying to chase a cheetah on the beach).

In the meantime, I occupied myself with taking our friends to the lobster spots, finding the biggest stingray I’d ever seen, chasing bat rays, and just exploring with my fingers crossed.

By mid-afternoon, I was ready to give up on catching a leopard shark with my camera. Another snorkeler warned me that the swarms I’d seen two years ago usually happened in August and that they’d be largely gone by now.

As it so often happens in life, when you stop looking for something it finds you. I ventured north, halfway to the peer. I gave chase in vain to another leopard shark, but unlike before it didn’t disappear into the blue. It disappeared into the black. A mob of them. Twenty or more all crisscrossing and following each other to find the choicest morsels in the sand. This activity amazingly happened in water so shallow I could stand (though I obviously didn’t). Others already were, though, and when the mob would run into a stompy human they’d shimmer away in some other direction, but I’d only have to drift for a bit to find them again.

Then, just when I thought it couldn’t get any better, I saw a ghost. Or rather a fish that I’d heard about from Sam down here once before that looked like a one. In the midst of the leopard sharks, a pink and white angular thing twisted along the bottom for a moment and then shot away. An adult shovelhead ray!

After that I threw on the towel, having seen more than I ever imagined in one day, and headed to the water’s edge. Before I got there, though, I saw an even more mysterious creature. It floated a millimeter over the sand underneath me in less than four feet of water and settled invisibly again. I tried to take photos of the B2 bomber wedge-shaped flat fish (maybe some time of ray, but there wasn’t a stinger) but my camera decided to run out of batteries only a moment before. I caught just a bit of the thing on video on the gopro before a heavy-footed woman caused it to flit away. I’ve tried googling it but can’t figure out what it is. If anybody reading this can identify the creature at the end of my video (above) please let me know…

UPDATE: I saw this fish (turns out it’s a Butterfly Ray) again the following year and got better pictures – will put up a 2018 La Jolla post soon!