I’ve been trying to have a painting at the Hive Gallery every month now since May.  In August my painting got bumped because it was too large.  It resurfaced for the September show, but I don’t think I posted a picture here because I ended up missing the Art Walk.  Below is a photo: 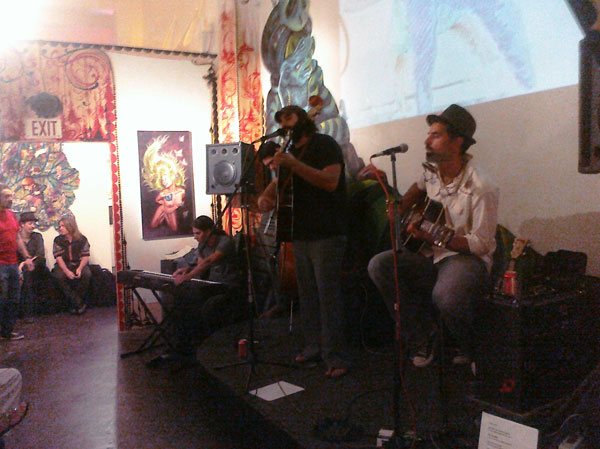 For the October show I was a bit worried.  I knew the show was going to have a “Hell vs. Monster Mash” theme – and I didn’t know what to do.  With school back in session I really had limited time to come up with anything – but I did it!  I tossed around a few different ideas and settled on one.  Then I had Sam take photos of me (which I will NOT post below) for reference.  From those reference photos I made this sketch: 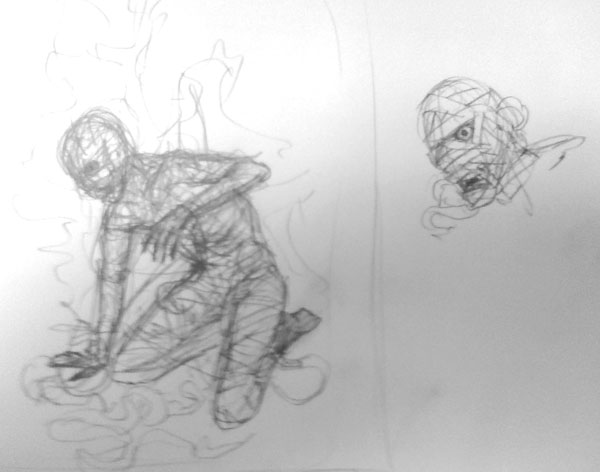 From there I wanted to take another look at the bone structure to make sure everything was in place… (most of these are lousy cell-phone camera photos, so I apologize about the quality)

It was then time to transfer to the little canvas for the first wash (note the positioning of the right hand and left foot in the sketch compared to the wash). 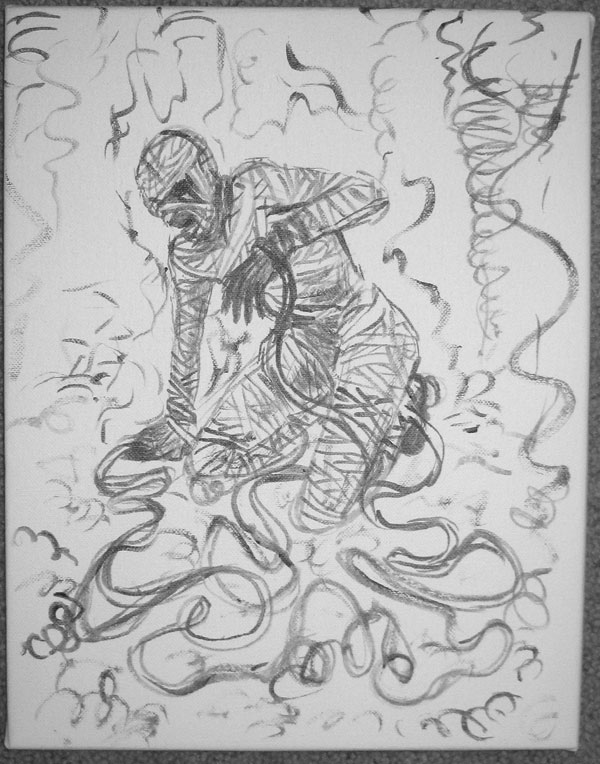 Clearly I was going to run into my old nemesis Mr. Background if I didn’t do something… so I brought the piece into photoshop to do a color study: 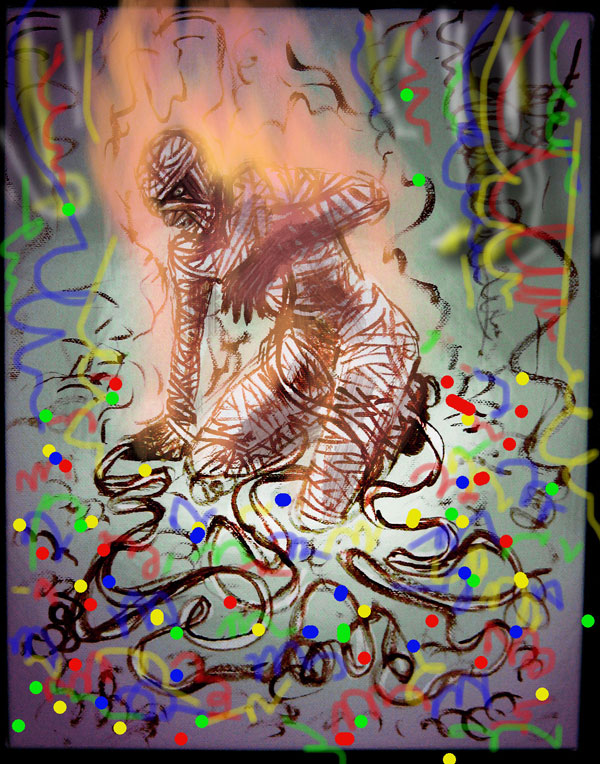 And three weeks later – with little time to spare the final was done.  This photo is from the Hive’s web site as I did not have time to photograph the piece before delivery.

Note the red slippers on the right – that was Sam’s idea and I thought it was a good way to move the eye around the painting.  Note how there is almost a line going from the top left to bottom right with positive space on one side and negative on the other.   By the way – the perspective from this angle is crazy – I had to shoot some photos here at work with a friend beside me to make sure it would make sense to see the shoes and nothing else of Dorothy at that angle.

At the gallery opening last weekend I was asked if the red shoe girl was a zombie because of the blue “skin.”  I replied that Dorothy was wearing blue socks in The Wizard of Oz.  And….she was!  (see below) 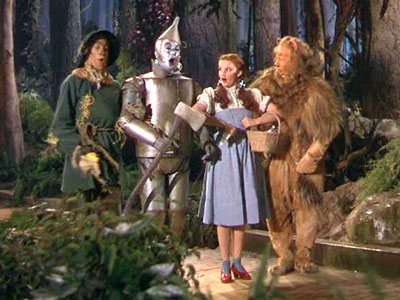 This show was notable for me because my piece was only a few feet away from Chet Zar’s piece (again- cell phone camera, sorry…) : 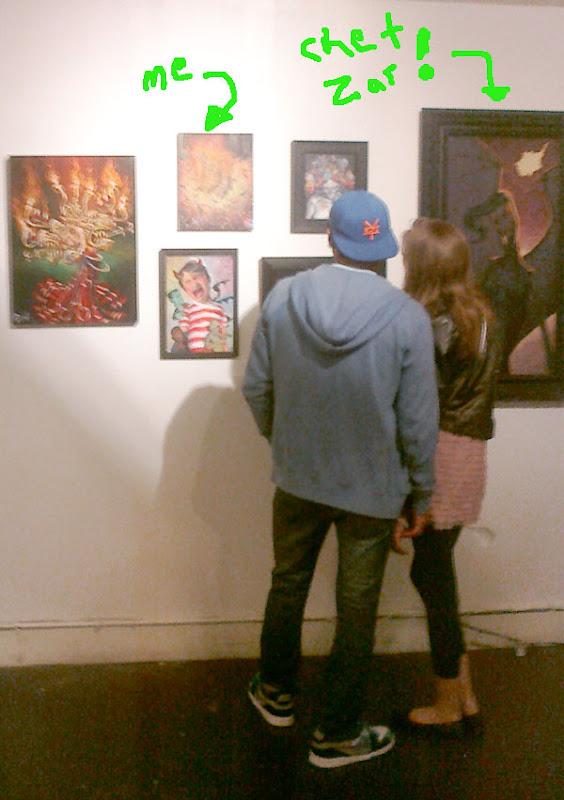