On Saturday Sam and I took a break from schoolwork and headed to the Brewery Art Walk.  I’d been to this art walk twice before, the last time in early 2009.  I don’t think I’ll go again – as most of the art was exactly the same, and hardly any was impressive at all.

What we did see was a ton of hipster doofuses (although, adding “doofus” to hipster at this point may be overkill as it is implied…).  Hard to see from the photo – but do you remember those color shifting jackets and hats?  Not hypercolor-  but the other kind of color shifting where the color changes from red to green based on your angle of view… remember those?  I had one, you had one – we all had one.  That guy has one now – his hat.  However, I really doubt he had it in 1992, as he would have been about two years old…  Same thing with his “vintage” 1994 white plastic sunglasses and his girlfriend’s tight white jeans.  (I’m talking about the jeans he is wearing) Don’t get me started on the shirt… or the other loser over there in the sweater that wasn’t even cool the first time around.  At least when our parents get embarrassed about wearing bellbottoms they have the excuse that what they wore was fashionable and new at the time – how will a former hipster explain all this to their children? 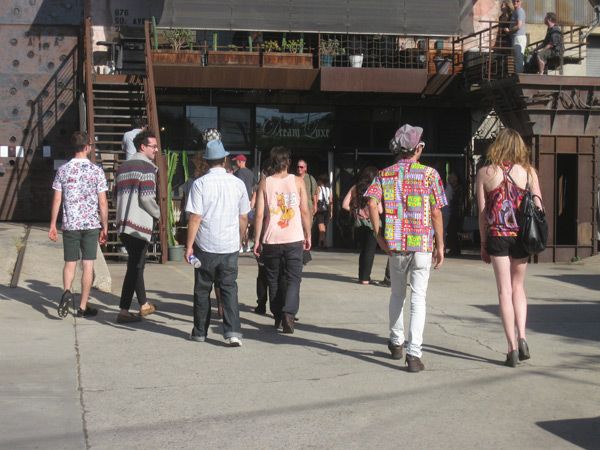 Perhaps my contempt for these people is rooted in jealousy.  Anyone who knows me well enough to have seen my “style” knows that I don’t have any and have a terrible time finding clothes that I’m 1) comfortable in and 2) look “good” in.  I have to admit that because I’m so uncomfortable with my own stylistic appearance that I envy these hipsters’ ability to throw on things that they KNOW (right?  I mean, they’re aware they look stupid…right?) look terrible and just not care.  And since it is a “culture” or “fad” now they even compliment each other (you wouldn’t believe the things this  group in front of us was saying to each other).

On the last trip to the brewery I went in to the “art church” and saw this contraption – but this time there was a performer attached to it.  The song wasn’t that interesting and the use of various horns and sounds was at best comical, not artistic. 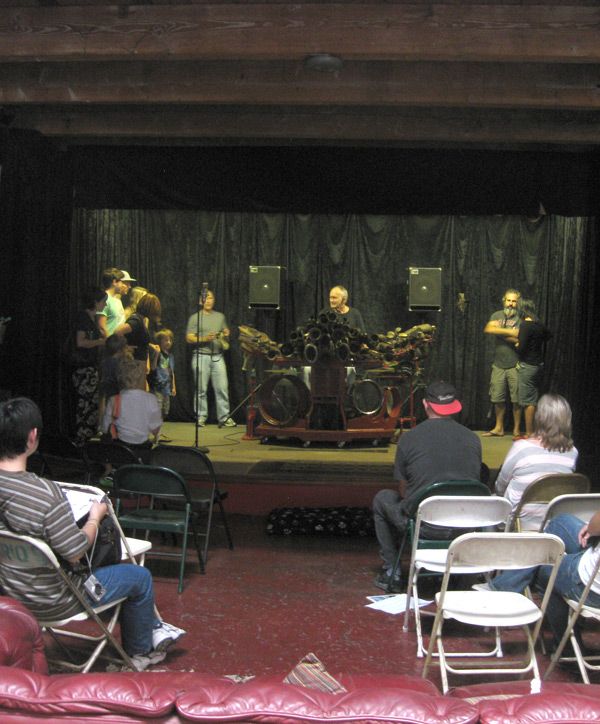 We spotted the final resting place for Richard Gere’s Lotus Esprit from Pretty Woman… now THAT’s dedication to the hipster lifestyle!  (not really – I think this is a little newer by a few years by the look of the round tail lamps – but the overall body for the Esprit never changed) 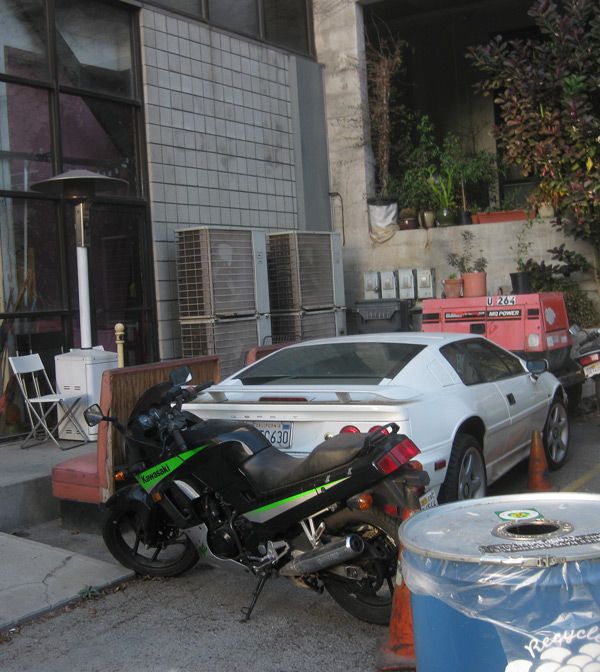 and then next to it was whatever this is… 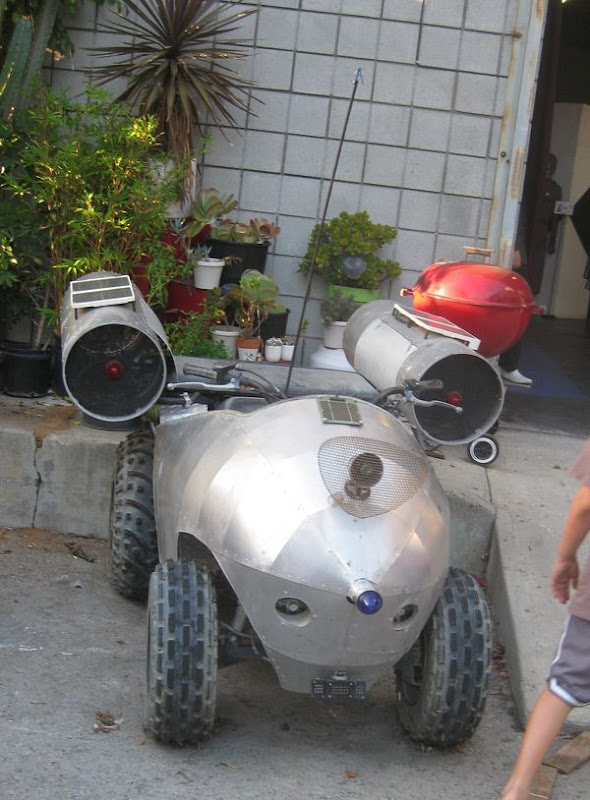 The last gallery we went into on the way out was not a gallery at all but something like a florist slash organic artist.  The shop was run by Sarah Nam with a few apprentices and used lots of bamboo, driftwood, lotus’ and moss.  A lot of the pieces were tastefully arranged and were the kind of thing I’d like to have in my home one day – if I can ever afford a nice home. 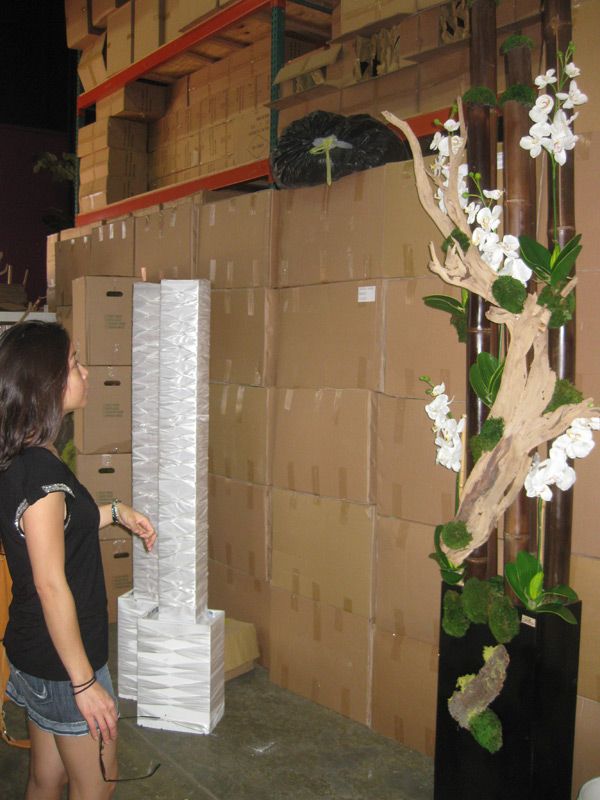 To be fair there were two other “galleries” that we liked.  The first had artist made glass sinks.  The second had papercraft greeting cards that sprung out three dimensional cuts of buildings (and other things) when opened. 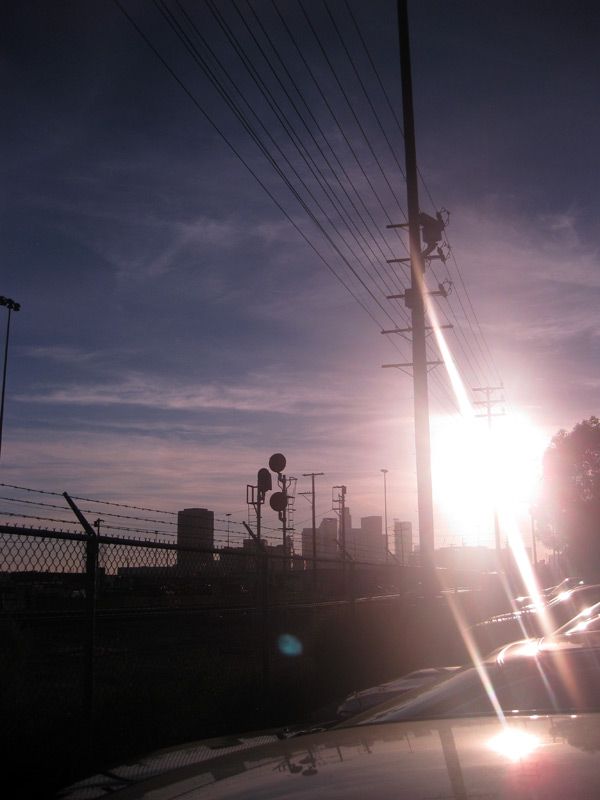 Later Saturday night we went to the “real” art show, the annual Beyond Eden show, showcasing what is now called the New Brow movement. 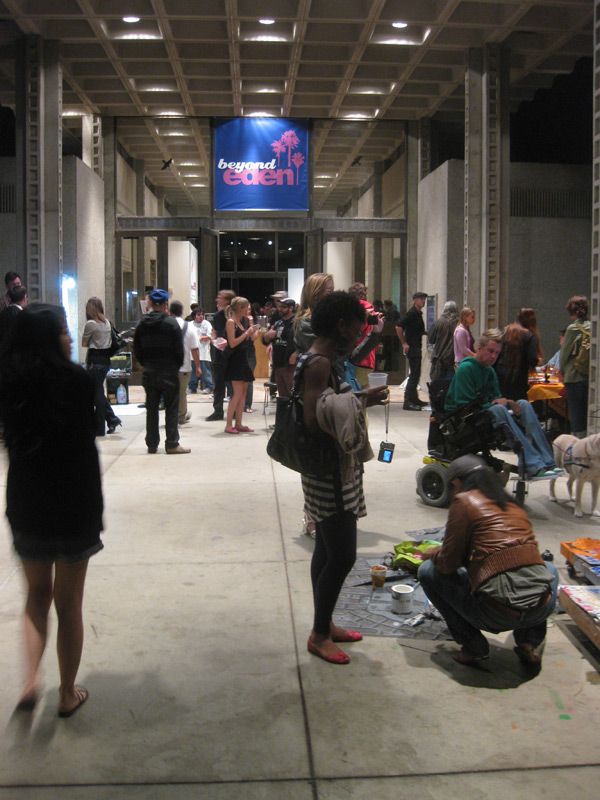 There was a lot of good or at least interesting art on display.  However, apparently, we’ve been good at visiting trendy galleries because most of the art we’d already seen when it originally opened at the various galleries represented (Lebasse, soap factory, etc.).   The only “art celebrity” I saw in attendance (although I’m sure there were several as I don’t know what a lot of artists actually look like) was Audrey Kawasaki.  I thought maybe she would have a piece up from the Copro as she occasionally has shows there – but no such luck.

There were a few pieces by two artists I’d heard about but never seen (their work) in person:

After trying to find Jeff’s pieces on line I found this other piece – and realized we’d seen his work at Thinkspace before.

There were a few artists outside doing some live work…. 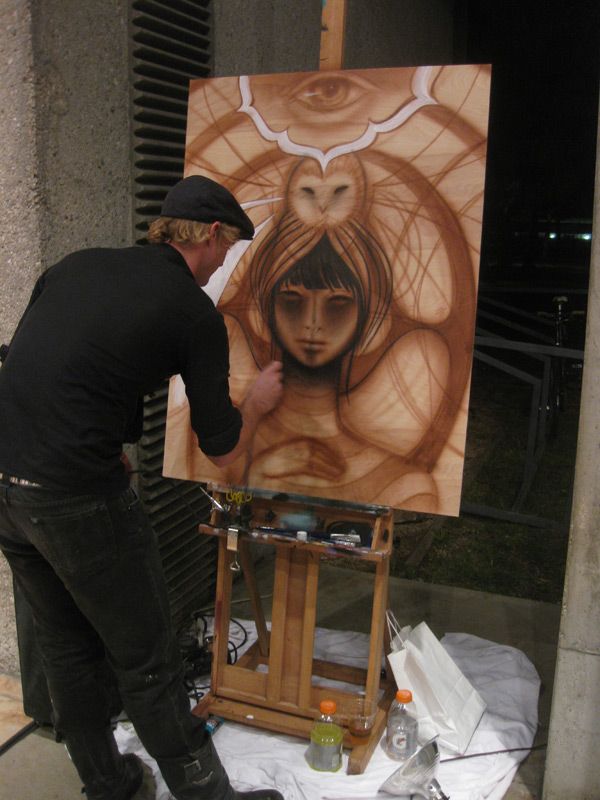 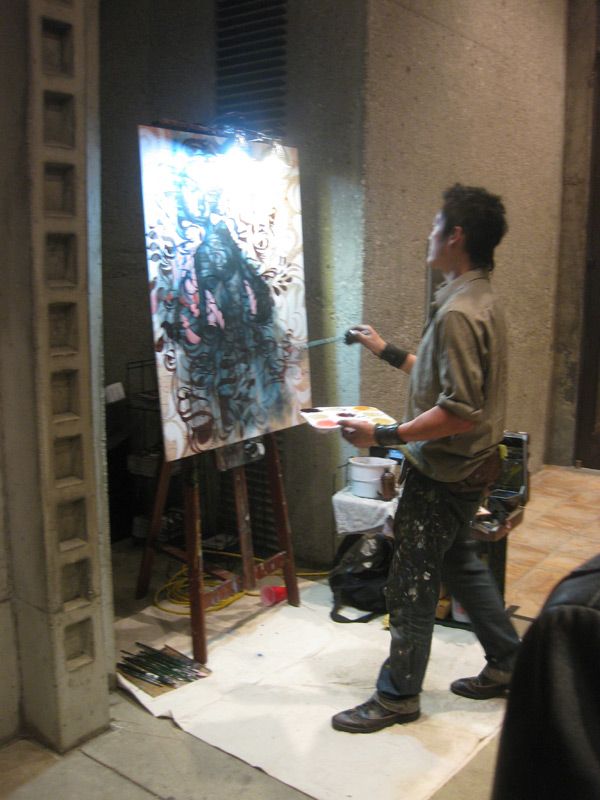 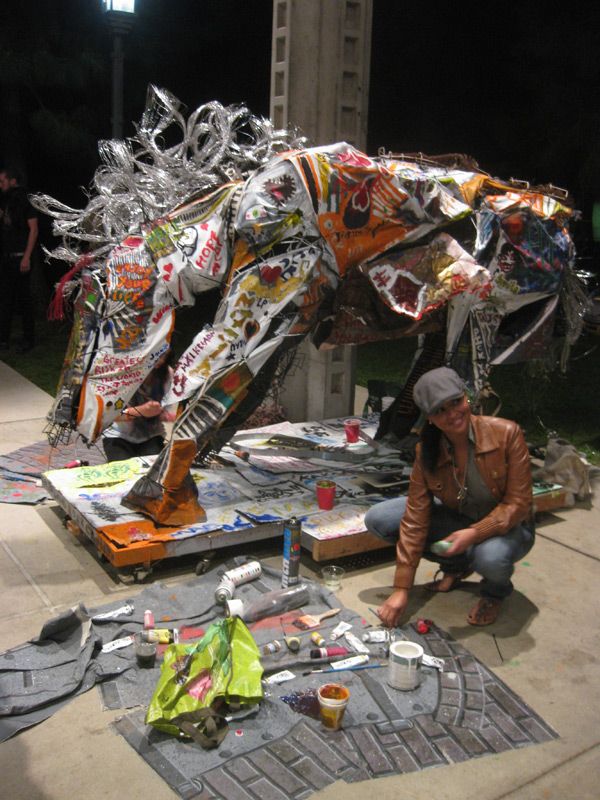 It was a little disappointing not to find anything new this time around (or at least new that I liked) as last year’s show was my first introduction to Eric Fortune and a few others.