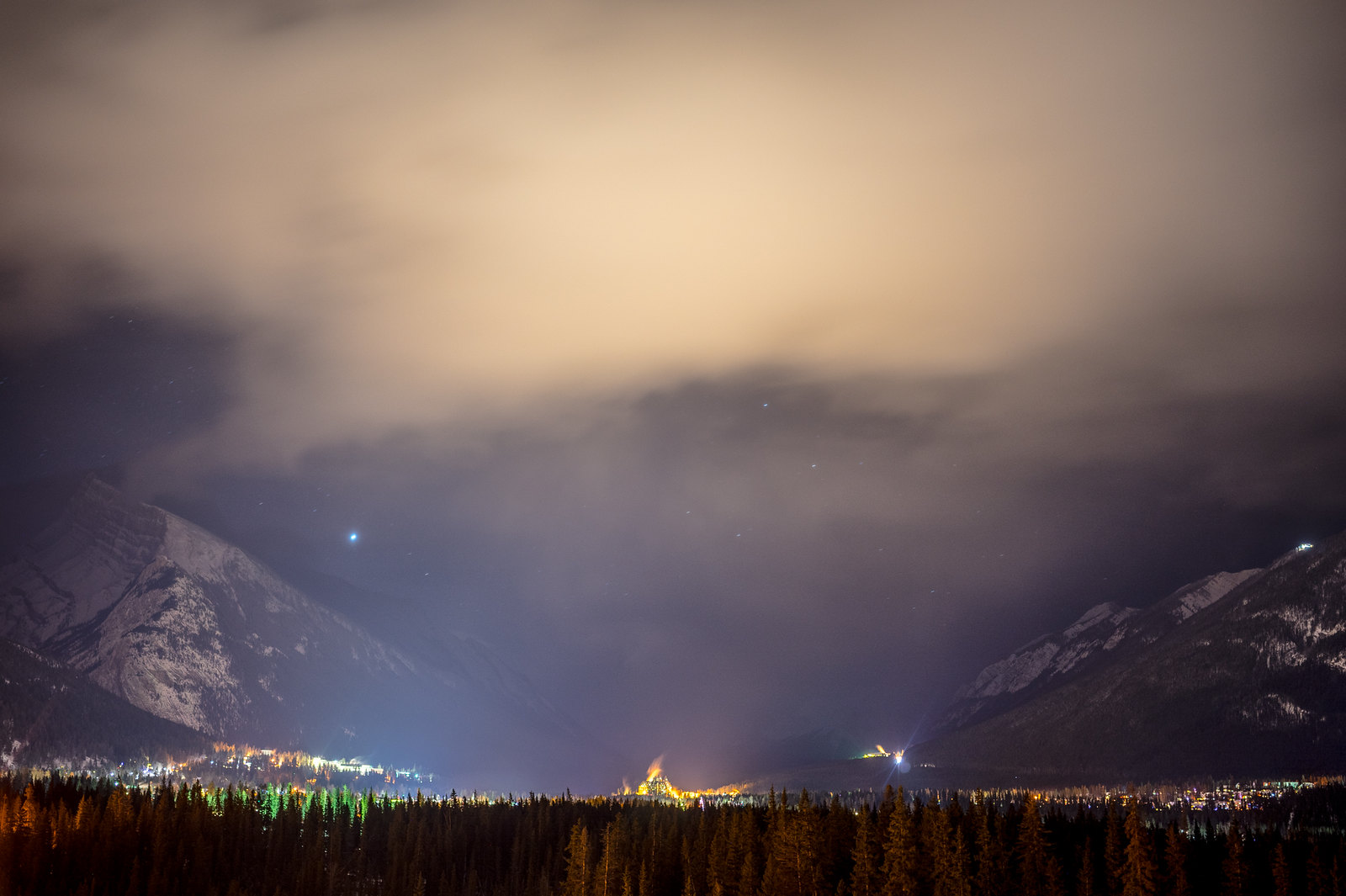 Another townie day in Banff, we went on the brief (and very windy) tunnel mountain hike.

After that, we went up to Banff Viewpoint on Mt. Norquay again.

After dark we visited Surprise Corner.

Taking photos of the Fairmont proved difficult with wind gusts blowing up from the Bow River. The only way to stabilize the shots was to hold the tripod. You don’t hold a piece of metal outside for more than a few seconds in negative twenty degrees. Looking for a calmer place to take night shots of the town we drove up the hill behind our hotel to visit the Norquay lookout again.

We warmed back up in the hotel’s outdoor spa until 5pm, when it was time for me to torture myself by watching the Fiesta Bowl. I was glad we had alcohol in the room. As the game dragged on endlessly with nothing to cheer about waiting for midnight became an endless drag that ended with a whimper of a local fireworks show (five minutes long, the daily Disney fireworks are more impressive) viewed in the shivering cold from the hotel lawn. I was alone for the last part as Sam had started to feel sick and elected to sleep her way into 2017.