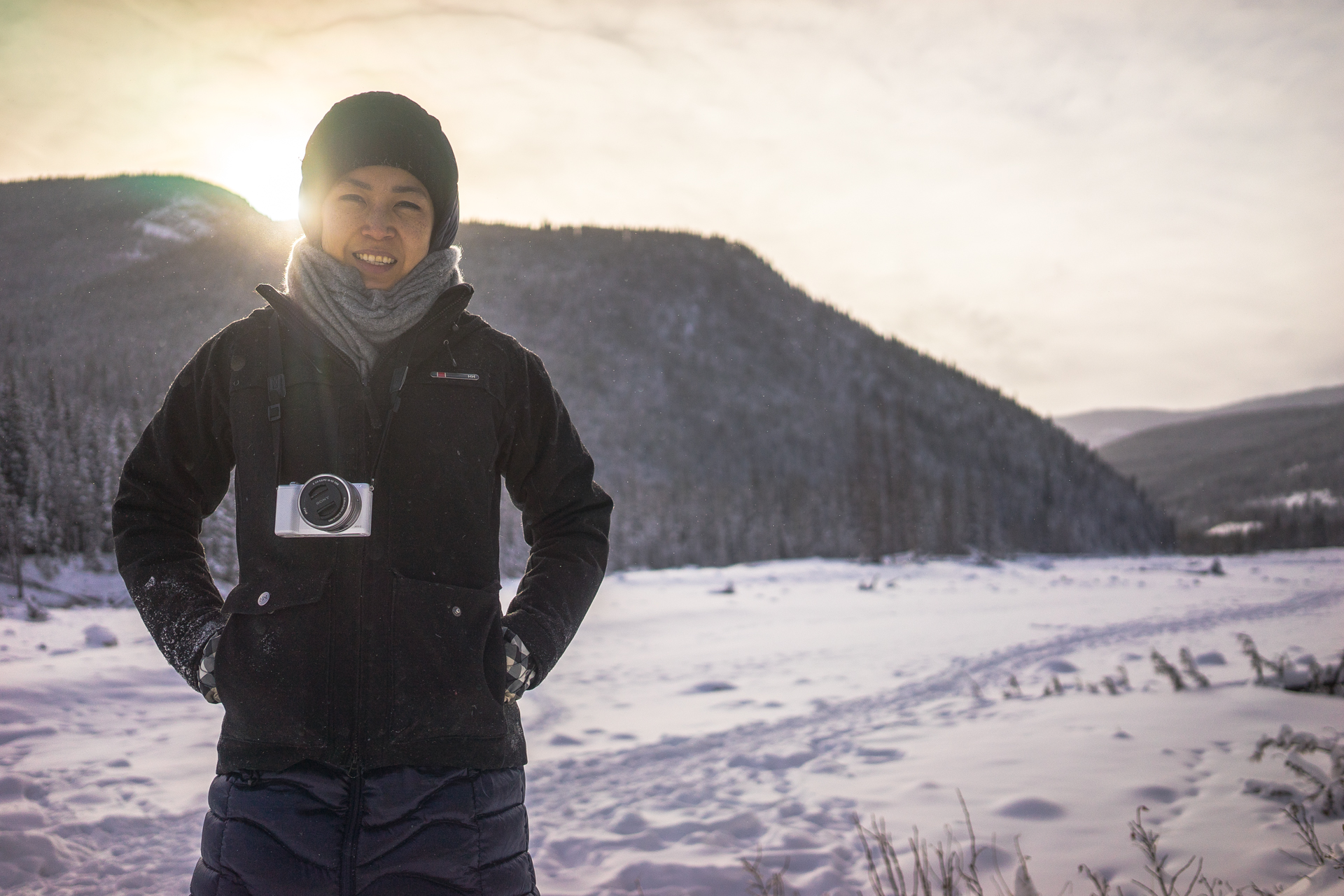 January 2, 2017July 25, 2019Uncategorized by AndrewLeave a Comment on Banff Vacation Day 9: Getting Colder.

On our last full day in Banff we were growing weary of the constant chill outside (and Sam was starting to get a cold) so we made a point to just visit local haunts.

After visiting the Bow River parking lot we called it a day.

Between those things, we visited the only Mexican restaurant in town, which actually wasn’t too bad. They fried the chile rellenos so the outsides were still crisp, which is preferable to the mush that you get in some places. However, they lost a point because they stuffed the rice inside the pepper with the cheese (rice is much cheaper than cheese). It wasn’t a bad idea from a taste perspective (infusing the rice with hot pepper juice), but it resulted in much less cheese than a regular order of chile relleno anywhere else. Why am I going on so long about a chile relleno? I like cheese. Cheese Matters! Makes as much sense for a slogan as #MAGA.

Moving on with our story… We had planned to do a sleigh ride at Warner Stables, but an hour sitting on metal getting wind blasted at sub-zero (and horse farts!) started to sound less fun when the day finally arrived. We hadn’t paid or reserved anything so we just skipped it. Instead, we soaked in the hotel hot tub until we got hungry. Or drunk. We made a point to finish the cream liqueur by mixing it with vodka in Sam’s water bottle and sipping it during our soak (shhhhh!). It was still so cold in the air above the hot tub that the condensation on the metal bottle froze into icy bumps.

Getting hungry and overly hot we decided to have dinner on our last day in the hotel in the hotel restaurant for the first time. Our breakfast on Thursday had actually been pretty good so we were hoping for a good meal to finish our time in Banff.

We were warned our preferred entree would take 25 minutes, but it would be worth it. 50 minutes later the “wild game” platter finally came. Worth it? Hard to tell; food always tastes great when you’re starving. However, for all the blandness of the cuisine in town, I have to credit the hotel for trying to be a little upscale. Our breakfast, dinner, dessert, and drinks at the Juniper did not disappoint.