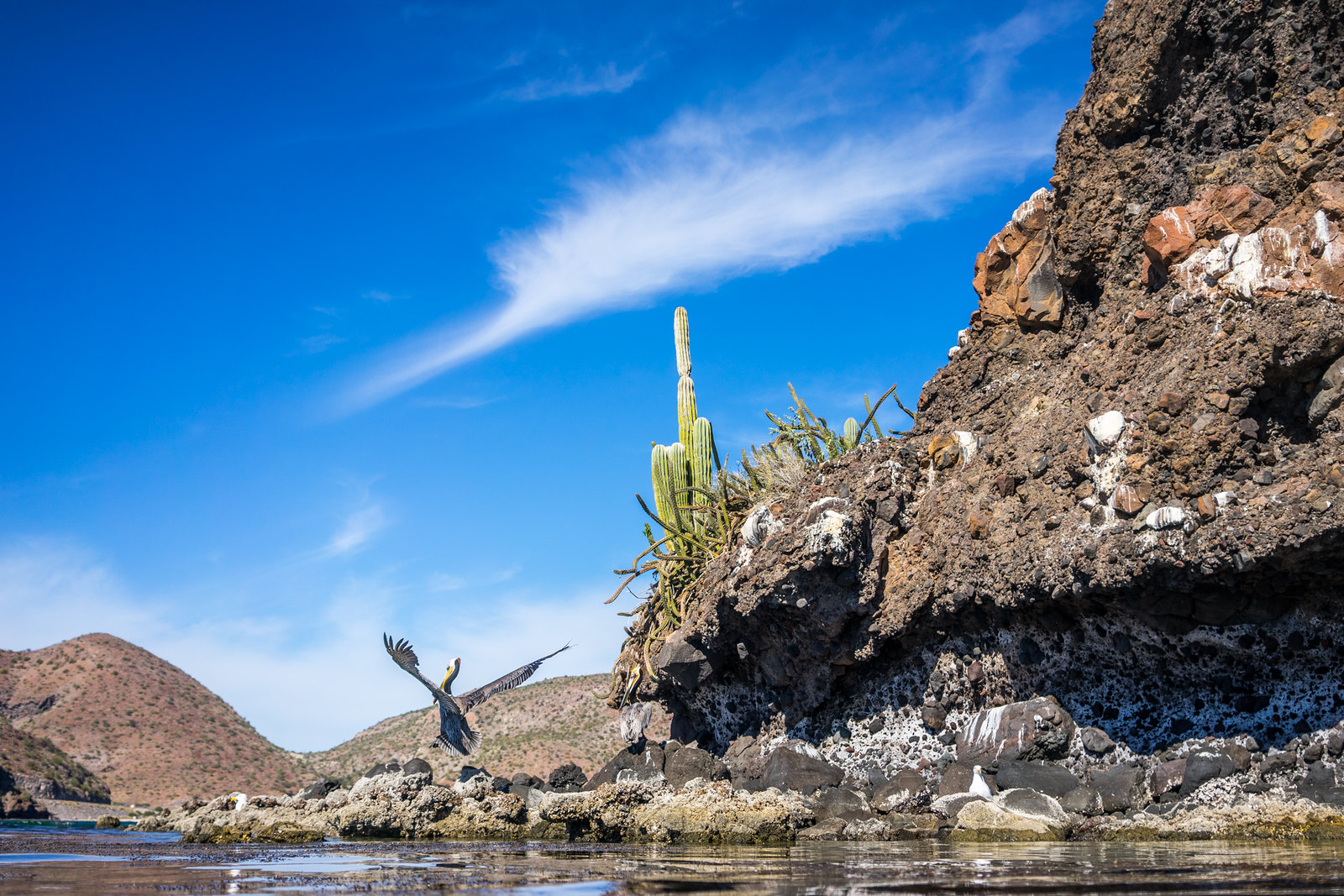 The morning after leaving the lagoon we walked to Rene’s for breakfast before checking out and hitting the road. 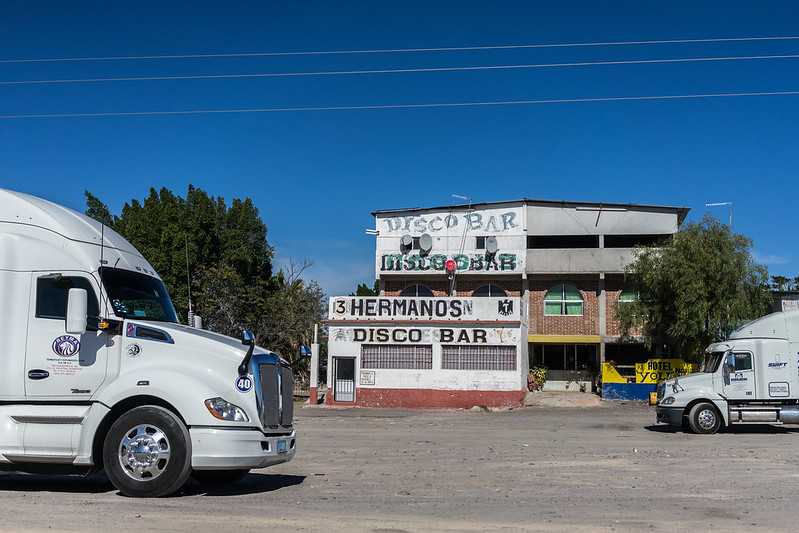 By 1pm we turned off the 1 at Playa Santispak, a beach we’d seen days earlier on the drive up. As soon as we arrived a man in a pickup truck asked if we wanted a boat tour. His English wasn’t good, but we figured out It was only 500 pesos per hour so we asked him to take us snorkeling in the Bahia de Concepcion. We had no idea where he was going, so we were off on an adventure. 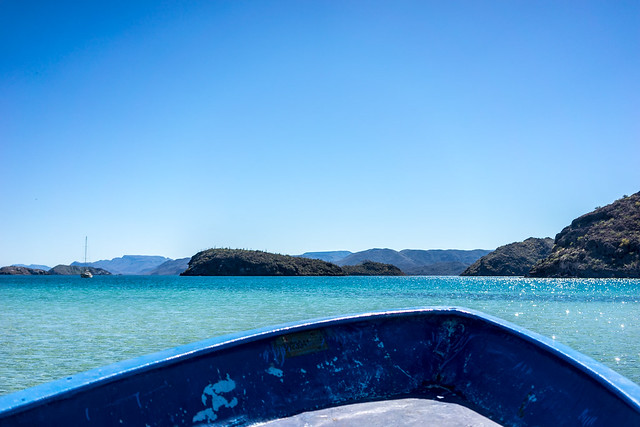 First, we stopped at an old shipwreck to the east of the islands which had turned to an artificial reef. 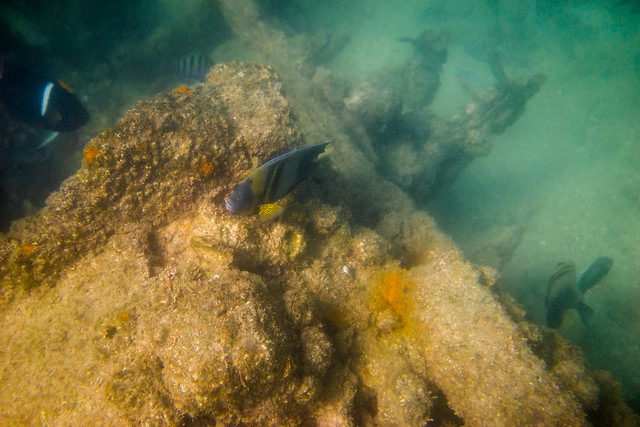 Next we went to nearby Isla Pitahaya. 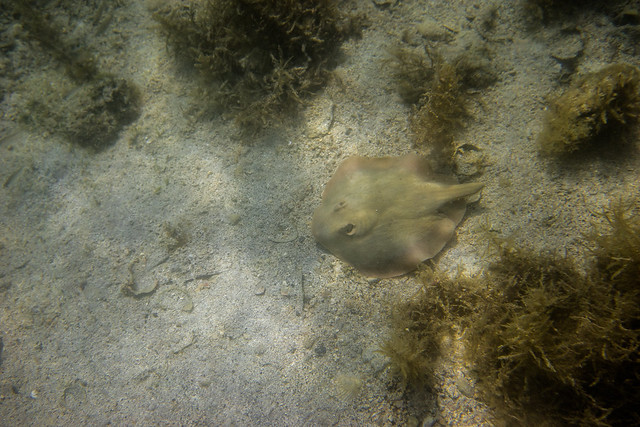 Under the water, the thin kelp strands formed long ghostly forests that reminded me of white Christmas trees. Later research seems to suggest this plant is technically brown algae. Out a little further I saw a stingray in the sand. I went back to the boat and convinced Sam to jump in.

Sam got cold quick and got out. I was sad to come topside after the hour was up. I asked for “uno mas” and the captain took us south and farther into the bay to a tiny island called Isla La Cueva that connected by a submerged sandbar to another even tinier island with no name. After checking out the tiny island I swam across the 250-foot shallow channel to the main island and discovered lots of fish below the water and birds above. 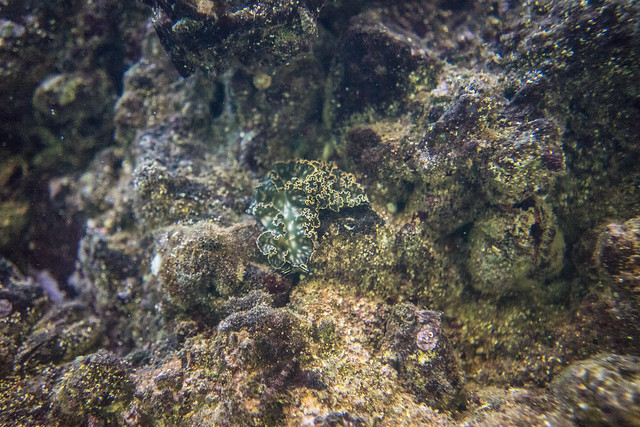 Below is a video cut together from the snorkeling in the bay:

By 5:30 we were back in Loreto and hungry for dinner. An aggressive waiter convinced us to be his first customers of the night at Playa Blanca. And the steamed seafood plate was great. I was disappointed that he only had the regular (i.e. I can get them at Ralphs supermarket in LA) cervezas of Pacifico, Corona, and Modelo Negra. He rebounded by insisting that the Modelo was delicious and I’d like it. I asked him if it was a stout, which he didn’t seem to understand the meaning of, so I waved my hand and told him to go ahead and bring it anyway (I mean, beers are only a dollar down there). And I liked it. It’s actually pretty good. I’d had Tecate before going to Mexico, which is a “meh,” standard light beer. I tried Indio beer for the first time on our first night in Loreto and discovered it’s terrible. But Modelo Negra is actually surprisingly good. And even better with fresh seafood and a plate of limes.

After dinner, we shopped around for more tours to fill our last two days in Loreto. All the snorkeling tours were basically the same price and went the same place, so we settled on a vendor, had some ice cream down the street at the wonderful Mexican chain called La Michoacana and then tried to sleep for our morning snorkel tour the next day.