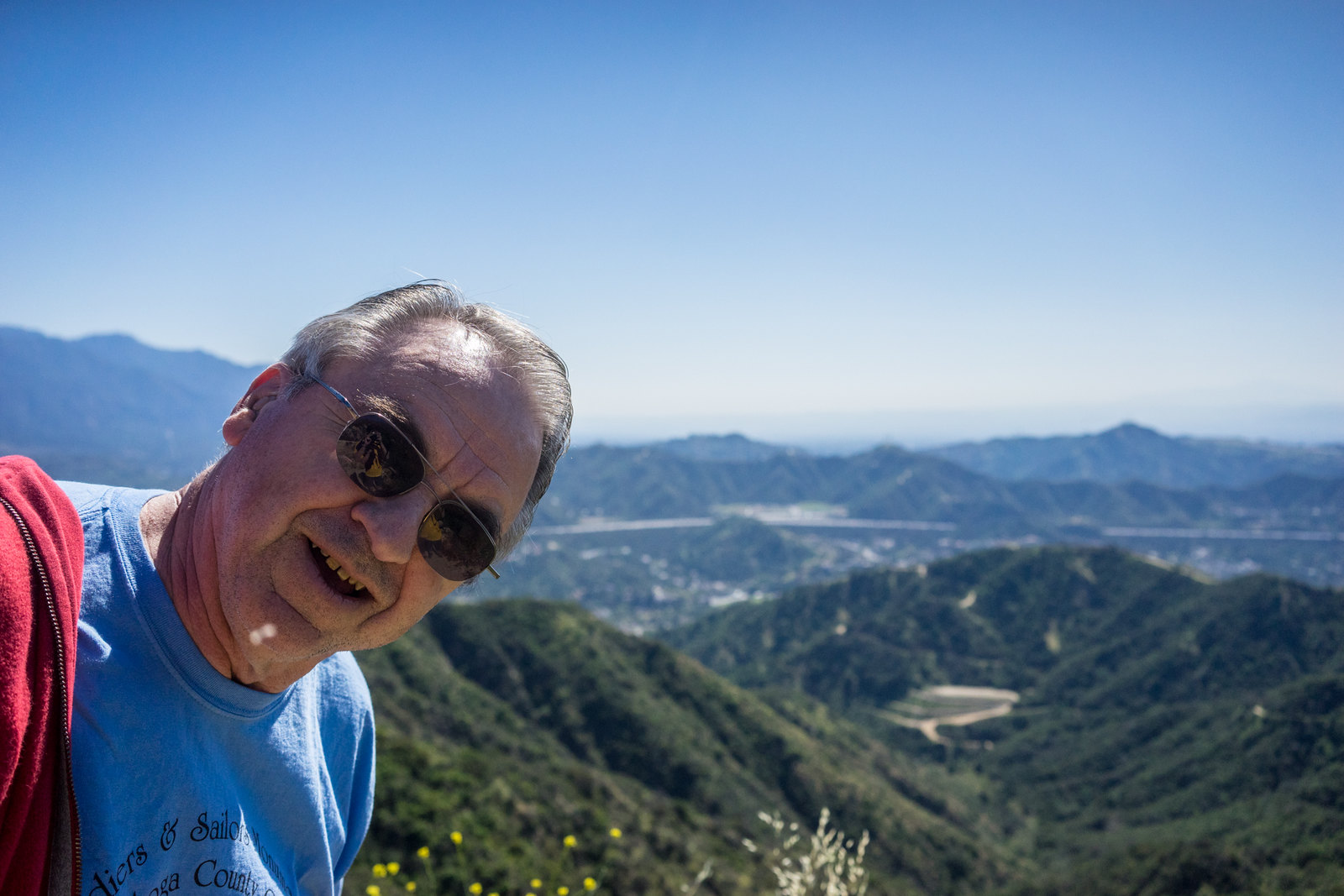 On Wednesday, March 29th, I picked up my parents at Burbank airport and took them to Quenelle ice cream for a snack on the way home. To their melatonin releasing systems it already felt like 11pm, so there was little more to do at home but swap gifts and head to bed with the promise that (for the first time) they may not be waiting an eternity for us to get up since Sam’s Pilates teaching schedule has turned us both into early (or earlier, in my case) risers.

The next morning we ate breakfast at The Griddle (hey, what happened to bringing out the Chicago Scramble in a cast-iron skillet, guys? Sad.) before walking around the Petersen for a few hours. We’d been to the Petersen before the redesign and although things now seem better organized, they are hiding most of the cars in the vault. Which, of course, is now a separate fee to see. Lame. As a consequence of our shared German miser (Meiser?) genes, my father and I turned down my mother’s (French sympathy genetic programming) offer to pay for our admission to the vault. “Besides,” I reminded him, “we can see a lot of these cars on the street in this town anyway.”

And it was true, we’d see at least three more McLaren P1s on the streets before they flew back. But I’m jumping ahead…

Finishing earlier at the Petersen than we anticipated we drove north to the Hollyhock House, another place that somehow ended up having less to see than last time. Despite completing more of the renovation, the kitchen and upper floors are now completely closed off and the exterior is still not finished.

On the way back home we stopped at a Peruvian restaurant for a late lunch. We’d need the energy before going on the evening hike to the top of Mount Hollywood.

Unfortunately, once our large group got to the top of the mountain around 8pm the wind started blowing. Unbeknownst to us a wind advisory notice had gone out and gusts up to 80mph were gusting through the Glendale/Los Feliz area. After we all spilled our drinks (and other things) on ourselves we quickly packed up and headed back down.

As we drove up to the condo complex the streetlights went out. After driving inside it became apparent that the electricity for the entire street had gone out. Luckily it came on a few minutes later, though these things tend to happen more often in Ohio than California so I don’t think our guests would have minded much. (In fact, my father emailed me a day after they got home to say their electricity went out again after they’d restocked their fridge since returning from vacation)

Friday morning I took my parents to Porto’s in Glendale for breakfast. We then hiked up Beaudry Loop trail, a new one for all of us. The bottled up emotions surrounding our transition into Bizarro World last November finally erupted; my father and I spent most of our time on the hike arguing about politics with mom trailing in the distance.

Another plus: it’s not as well known as the other trails in the city, so a father and son can yell at each other all morning without anyone calling the cops!

After the hike, I took them to Suaz Taco in Glendale. This is a little shack with an order window that serves up some of the juiciest Cabeza burritos you’ll ever have.

After tacos, we drove to Heritage Square. Even mom, who had been excited about this place, ended up finding it rather boring. Most of the old homes were in a state of serious disrepair. Now, perhaps if you’re a pampered SoCal kid you’ve never seen the rotting walls of a 150-year-old home. But if you’re from Ohio you’ve probably lived in one. Nothing special there. I miss the rain, not the termites.

(No, not referring to my parents’ house, specifically. There were plenty of other opportunities to spend time in ancient crumbling houses during my tenure in the Buckeye State. Even on AirBnB!)

After a quick stop to see the revamped Highland Park Bowl and we were on our way home for popcorn and a movie.

Saturday morning we got up early and ate at Heart’s Cafe on the way north to the Antelope Valley Poppy Reserve. After turning left on the road to the reserve we started noticing parked cars. Before long the cars were a solid line on both sides of the road and traffic slowed to a crawl. It was only 9:30am,  a ranger turned us away at the entrance, the lot already full. We dropped off my parents and parked a mile or two down the road, where cars were already filling up the roadsides.

Once we finally got into the park I was dismayed to see the “super bloom” was rather anemic. The only other time I’d been to the park the colors were a solid blanket covering the hills in every direction. Here they only existed in thin pockets and on some hillsides, not at all.

We went on a short walk and decided to head downtown for a Mexican restaurant Sam recommended. Unfortunately, we hit a wall of traffic on the 5 around Glendale and our growling stomachs didn’t want to wait another hour (or two, or three) to get all the way downtown. We exited the highway and went to a corner burrito stand that yelp recommended. Not as good as Suaz, so I won’t mention it here.

Back at home, we relaxed for a bit and then decided to finish our day with a visit to Kettle Glazed donuts down the street. We got there too late in the day to get the full selection, but what we did see was good enough. They even let us try one of the cronuts with filling. We bought one (or more) of every flavor they had (except for peanut covered, for obvious reasons) and went home to dip them in milk and mix with the batch of biscotti mom made earlier that morning.

On Sunday, mom baked up a bigger batch of biscotti while Sam taught pilates at the studio. When Sam came back we went for a snack at Hugo’s Tacos on the way to Malibu. After finding parking we walked up Winding Road to Escondido Falls.

Dad was starting to feel ill, so he turned back on Winding Road to wait in the car.

The remaining three of us soldiered on past two news vans with reporters, three fire trucks and even more ambulances. All there for a dog in a well. I am not kidding.

Our original plan was to cap off the day with Dad’s favorite fried oysters at Malibu Seafood. However, like the poppy reserve, the line backed up around the block and parking up along the PCH. If you’re unfamiliar with that place the food is pretty good but it takes forever to get your order on a slow day. This would have taken hours. We decided to drift down the highway a few more miles to Fish Market, which, although serving up some great seafood, does not serve shellfish due to its dedication to kosher cooking.

Back at home, bags all packed and showers taken, we switched on the local news to see that yes, Lucy made it out of that well.