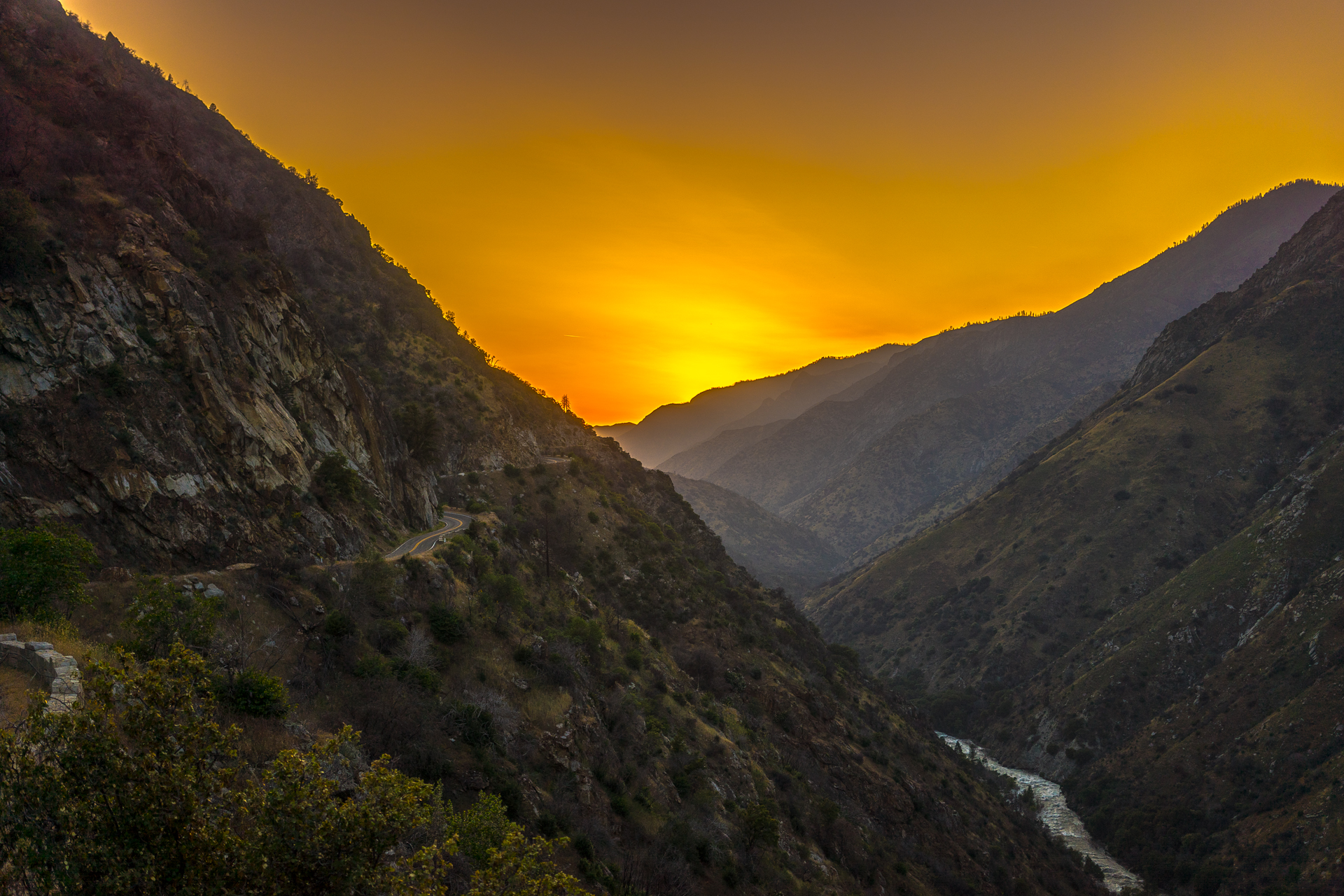 May 29, 2017July 23, 2019Uncategorized by AndrewLeave a Comment on Sequoia National Park

On the Saturday before Memorial Day, Sam and I drove through central California on our way to Fresno to start our national parks California road trip.

We went straight to Clovis to check in but the room wasn’t ready so we backtracked to Sequoia. I didn’t know what I was doing when I booked this trip. When I first searched the lodging inside the parks they were all sold out on our dates. Only later, after we’d booked other stuff outside the parks, did I think to go look for single-day reservations inside the parks. For Yosemite, this eventually worked, but it turned out our Clovis hotel was non-refundable, so that meant a 90+ minute drive in and out of Sequoia each day. So, showing up at the hotel only to find out they weren’t ready was especially frustrating (throwing away hours we could have spent inside the park).

In the park around 4pm, we visited Grant Grove.

We then drove all the way down King’s Canyon to Grizzly Falls.

The navigation in Sam’s Miata put the road on the side of the cliffs instead of facing up, so it looked like we were diving directly down on the turns (a clip is at the end of the video). We stopped over and over on the way down the canyon and back up for the many vista points looking west.

Sunday we went back to the park, waiting in line for about 90 minutes to get in at the southwestern gate. We briefly checked out Hospital Rock before driving up to Morro Rock. Unfortunately, the NPS had closed automobile access to Morro Rock. the only way to reach it was to park in a lot and walk a mile to the shuttle stop. We drove by the shuttle line and saw several bus-loads of humans already waiting and decided to skip Morro entirely.

We continued on to Sherman Tree and Congress Trail, where we found a parking spot after a few minutes of waiting. It was already late in the afternoon at this point because Sherman Tree is in the southern area of the park, farther from our hotel.

After hiking Congress Trail we tried to go to Buck Rock Lookout but discovered one of the roads was closed and the other was unpaved. We weren’t comfortable taking the little Miata on a dirt road so we headed down to Hume Lake for dinner.

While there we discovered the lake is populated by a Christian kids camp, serving up burgers and milkshakes with fake smiles and forced cheer. Or maybe I’m just projecting. Signs were posted everywhere advising girls to wear t-shirts over their swimsuits. It amazes me the lengths some people will go to deny human nature in the name of false modesty. I always get a weird vibe in places like that, which was an interesting contrast with the beatific lake. It felt like we were extras at the very beginning of a summer camp slasher movie, and we were sure to scoot on out before the sun went down.

On the way out of the park we stopped again, and again, to take pictures of the sunset over the rolling mountains, just as we had the day before.