Saturday morning I headed to the local Home Depot to find a new kitchen faucet. The model that I wanted (I needed one with a white finish, and they had only three) couldn’t be found. The inventory system showed six remaining, but the attendant couldn’t figure out where they were. So, I was off to the other Home Depot in Woodland Hills (the earlier one was in Canoga Park). Chatsworth had the model I wanted in stock – but way at the top of the aisle, so I had to wait to be helped.

I took my new purchase home and got to work. It was tough getting the old faucet out of there – but soon enough I had it out and the new one all plopped down in place.

Then it was time to hook up the water lines.

After I took apart the connections from the previous faucet it became obvious that I was not going to have a straight up 3/8 connection to hook up to the new faucet. 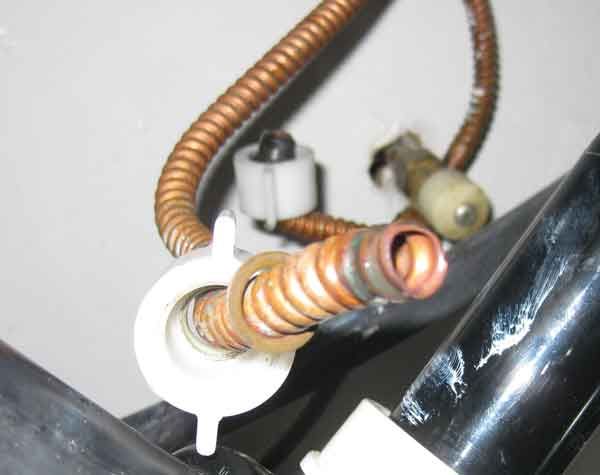 Here you can see the valve and the snipped pipe in one shot.

I took photos of my predicament and went back to the same Home Depot. The on-hand plumber said the best thing to do would be to replace the hot and cold water valves. When I informed him that I was in a condo and couldn’t easily do that he set me up with $20 worth of copper connector pieces and plumbers putty.

I hurried home and got to work (this was already taking WAY longer than I had planned). 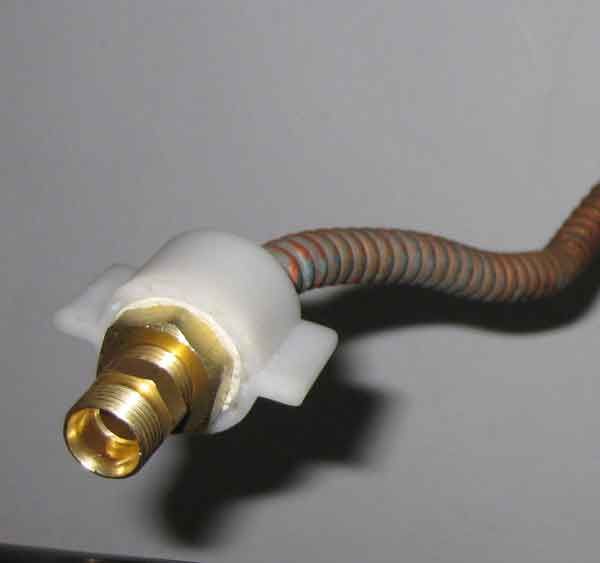 turned the water just a crack…

water quickly began dribbling out of the make-shift connection.

I took it apart and brought everything back to the original Home Depot for a second opinion.

This time the “plumber” said that the plastic pieces I was showing him he’d “never seen before” – and when I showed him a photo on my camera of the copper piping he proclaimed “yeah, somebody messed with that thing, even the copper piping is supposed to be threaded at the end – you got a custom job on your hands.. you gotta call a plumber I can’t help you with that – I never even seen them things before.” 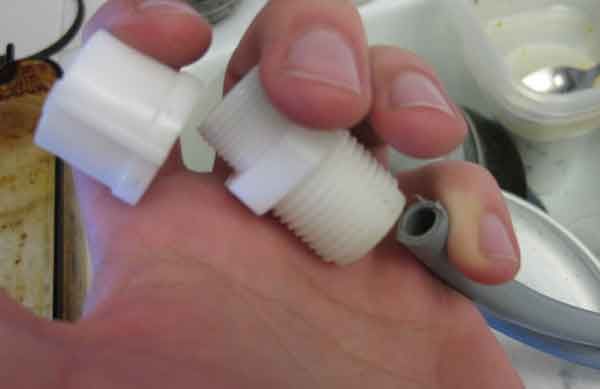 This was the old set up, plastic tubing coming into plastic connectors. 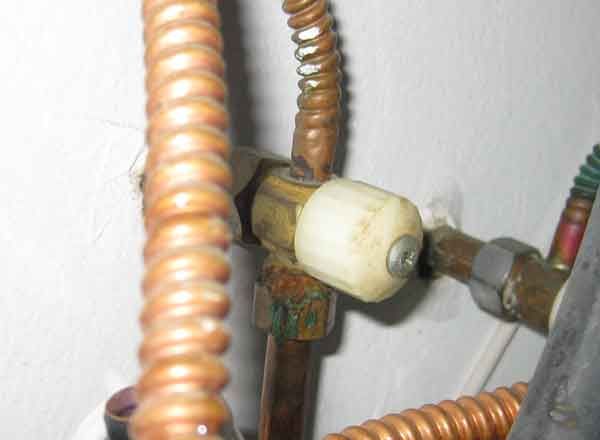 Here is a shot of the hot water valve. It appears to have a 3/8 connection on the bottom (for the dishwasher) but the top (as with the cold valve) is just copper piping snipped at the end.

Great. So I finally decided to “man-up” and tackle a home improvement myself only to find out that the previous owner had messed everything up and only a plumber can fix it. Well, technically I could fix it myself by installing new valves if I had a house. But I don’t have a house. I have a condo and the HOA told me yesterday that I’ll have to wait till next week to get the HOA authorized plumber to schedule a time to shut off the water – because there aren’t individual unit shut-offs. So I’ll have to shut off the water supply for 70 condos just to install a new faucet….

Give me a break. So, I can’t wash any dishes until “some time this week.”