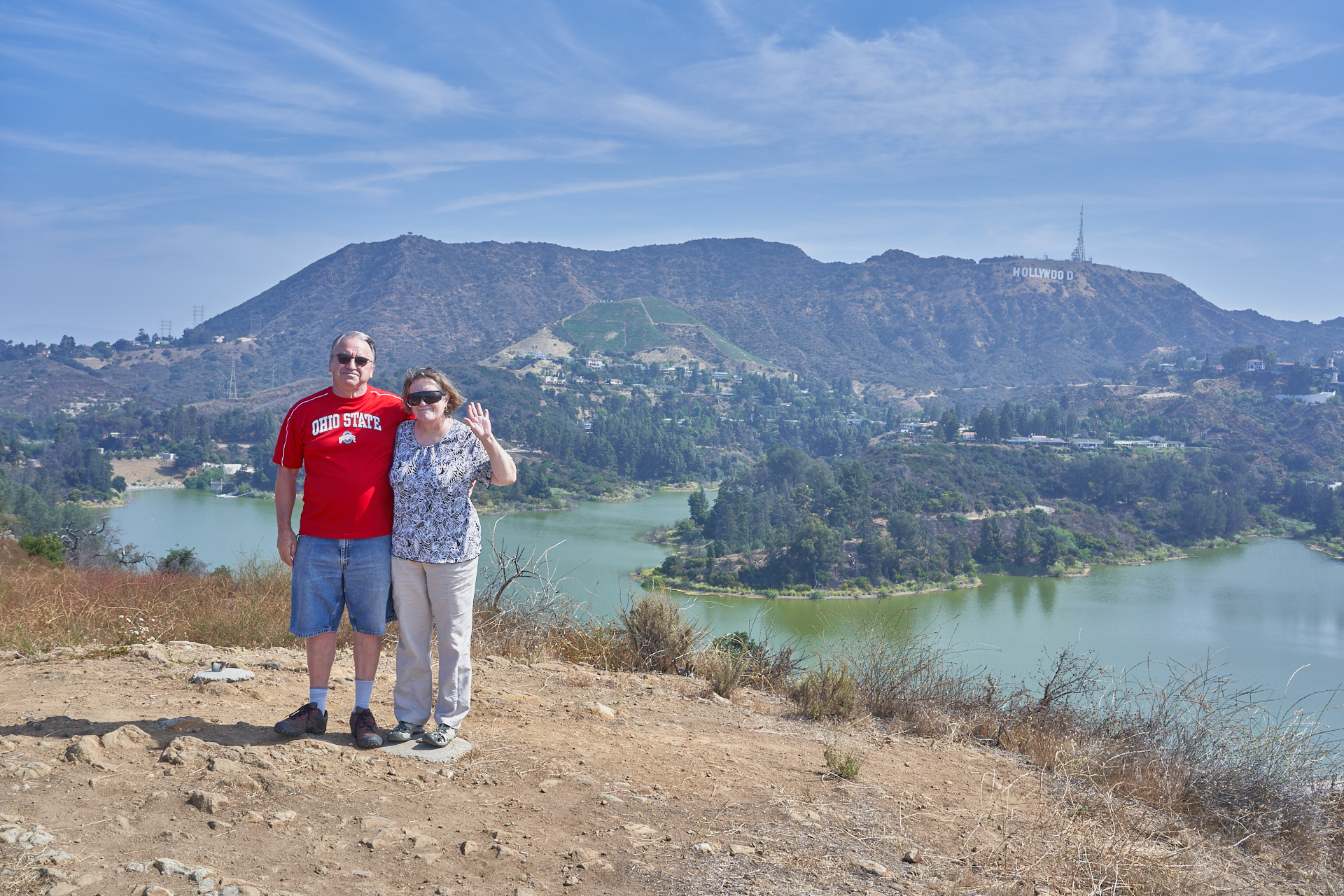 My parents arrived at LAX around 7pm on Thursday, July 12th. Because of the time difference the only place I took them to was our home so they could go to sleep.

On Friday morning we drove out to Adamson House in Malibu. They didn’t have any parking left by the time we arrived so we had to pay to park at Malibu Lagoon and then walk over the bridge.

We were getting hungry, so we stopped at dad’s eternal favorite: Malibu Seafood

Running out of things to do, we decided to check out the Neon Museum in Glendale. It’s more like a Neon room, but dad found something for him.

On Saturday Sam joined us for a tour of Virginia Robinson Gardens. The property is more dramatic than Adamson House, if only because it’s split between multiple buildings with multiple themes. Having your own tropical forest in your backyard doesn’t hurt either.

I don’t know if you’ve noticed, but every trip out here my parents (read: Mom) seem most interested in visiting the houses of dead rich people.

Later in the day, we drove downtown to check out the new Skyspace observatory at the Library Tower. We declined to ride the slide, it didn’t seem like that big a deal up close. (we’ve jumped out of an airplane and gone paragliding in the swiss alps…for less money per minute than this thing)

On Sunday, we took them to Descanso Gardens. Being the middle of July, the gardens were more hot and dusty than lush green gardens. That isn’t to say there weren’t flowers and ferns and things, it just felt more like taking a hike in the dry canyons of Malibu than in a curated “garden.” Other than, well, I guess when we walked into the actual curated gardens that are there. Mostly we just felt like flippy.